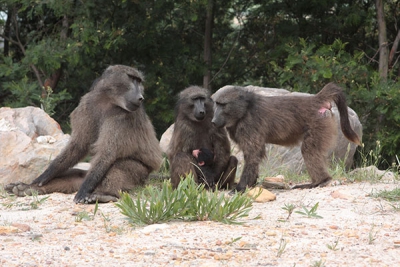 The population of the Cape Peninsula Managed Baboon Troops continues to show positive growth (view PDF table on link below).

This is supported by the ratio of juveniles: adult females in the population being greater than 1.

Another positive trend is that overall mortality is lower than the previous year.